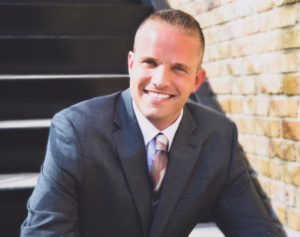 Attorney Ryan T. Fasso was admitted to the Florida Bar in 2002 after having attended New England School of Law in Boston, Massachusetts where he graduated with his Juris Doctorate.

Mr. Fasso now concentrates his practice in the areas of criminal law, family law, and civil litigation. He also handles quiet title actions. Prior to, he began his legal career as Dependency Attorney with the Circuit 10 | Florida Department of Children and Families. He gained immediate courtroom experience after having conducted numerous adjudicatory bench trials amidst the most controversial of cases. Thereafter, Mr. Fasso continued his legal career as an Assistant State Attorney with the Polk County State Attorney’s Office. During his tenure there, he quickly excelled from County Prosecutor to Senior Felony Prosecutor. He furthered his courtroom experience by routinely prosecuting felony cases and arguing many jury trials. He often prosecuted DUI’s, Drug Crimes, White Collar Crimes, Violent Crimes, and Fraud Cases.

In late 2004, Mr. Fasso entered the private sector and joined forces with a major Tampa-based law firm. There, he focused his practice on criminal law, personal injury, and worker’s compensation. In short order, he was named partner and managed a steady caseload of diverse areas of law. He also handled both civil and criminal appeals. In 2006, he received his first written decision from the 2nd District Court of Appeals.

Mr. Fasso now manages his own law practice and maintains a diversified caseload. He provides legal services in the greater Tampa Bay Area and in all surrounding counties. His mission is simple – “To find the truth and use it in the courtroom to get justice for his clients.”